IT as an area of ​​the ICT segment is a very complex field, which is no longer just about the supply of hardware. Software solutions including server virtualization, backup software, cloud, BYOD, IOT, etc. have become an integral part of this sector. At Altepro, we are fully aware of this fact, which is why we strive to provide customers with only the best solutions of this type on the market, which accurately reflect their needs.

Our portfolio offers suitable complementary technologies that always belong at the top of the given segment. We are partners with major companies, such as Huawei, NetApp, Pure Storage, IBM, Lenovo, VMware, and Commvault, Veeam ans SUSE which represent a suitable technology alternative or completion that leads to customer satisfaction.

Huawei has many different types of disk arrays in its portfolio which differ from each other in the ways they are used. Among the most interesting technologies are undoubtedly the Dorado v6 All-Flash disk arrays which have a lot of innovative technologies. They absolutely excel in reliability, performance, and thinness. Also of interest are hybrid arrays which can combine cheap large-capacity drives with more expensive but very powerful SSDs. Huawei also has solutions such as software-defined storage (FusionStorage) or high-performance OceanStor 9000 NAS systems scalable into hundreds of nodes with multiple PB capacity and tens of GB/s throughput.

PureStorage is one of the most progressive companies in the field of storage. It was created in 2009 and was able to launch its first FlashArray 300 disk arrays in three years. As the company name suggests, pure storage focuses only on all-flash disk arrays and platforms. They believe that there is a future of data storage in this technology. For their platforms, consumer grade SSDs use specially-developed software that enables them to guarantee customers a life span of 6 years. It also develops unique deduplication and compression algorithms, which are currently the most effective on the market. In their portfolio, we find a very fast all-flash array of the X series but also a capacitive all-flash array of the C series or an object array of the flash blade series.

IBM is the company producing storage systems with the longest history on the market. This has been the case since several decades ago, when it launched the first systems with a size of MB units. Today, IBM storage includes more than 300 different products from mainframe storage to enterprise all-flash to parallel filesystems. IBM Spectrum Scale, IBM Spectrum Potect, IBM Spectrum Archive, IBM FlashSystems, IBM DS series, IBM XIV, IBM Storwize, and IBM TS series tape libraries is just a very brief list of the most popular products.

Huawei is no newcomer to the server field. They started production of the first platforms for their own operator solutions here in 2002. Since then, they have introduced several generations of x86 servers with Intel processors. However, Huawei also deals with special servers for large data centers or ISPs such as Multinode Servers X6000 or blade servers, in addition to standard rack servers of size 1U and 2U. In their portfolio, you will also find SAP HANA certified platforms or special GPU servers G5500 designed for HPC and AI, which can be installed up to 8 x NVIDIA® GPU V100/P100/P40/P4.  But supporters of ARM technology will also find their way. Huawei has been developing and selling its Kunlun ARM CPU for some time with a large number of cores, low consumption and high performance.

Lenovo has been operating on our market as a data center product manufacturer for several years. Although the company has established itself primarily as a manufacturer of quality laptops, it is certainly not left behind even in terms of servers. We find various rack servers, tower servers, blade servers, high density servers, but also the mission critical servers that are so necessary for running critical applications. It’s probably no secret that the x86 server division was created by a buyout from IBM where the experience of developing several generations of x86 servers is mirrored. This is logically reflected in the quality of simple management and economy.

IBM power servers are now a legend in this industry. Where other RISC server manufacturers have overslept or ceased production, IBM continues and continues to evolve. Power microprocessor is the most powerful CPU for SAP HANA and database applications you can get on the market. Power system platforms are then designed primarily for business critical environments where not only performance but especially reliability is important. Machines of this type can work for several years without difficulty.

Backup and archive platform with the most extensive support for various OS, hypervisors, cloud environments, and databases. Thanks to its very efficient deduplication, compression, and its extensive archiving capabilities, it is suitable for medium and large Enterprise customers in a diversified environment. They’re just going to welcome the extensive backup setup options or the cost-effective All-In-One Appliance.

More about the Commvault technology >>

Having Veeam backup software is one of the best things you can do to back up your virtual environment today. With the support of mainstream hypervisors such as VMware, HyperV ,and Citrix, the vast majority of customers who appreciate the simplicity, clarity, and very easy data recovery on this backup tool are sufficient.

Today, VMware is synonymous to server and desktop virtualization. Since July 2003, when they introduced their first virtualization platform for x86 servers, they have introduced several generations of vSphere and ESXi hypervisors which today are used by 90 of the world’s 100 largest companies. Vmware, however, is not only server virtualization but also desktop. They can fully virtualize the storage layer through the vSAN product and, last but not least, the LAN network using VMware NSX. Customers interested in orchestration and cloud appreciate several VMware solutions, including vRealize suite or vCloud suite.

What can you try right now within our DEMO?

In our DEMO environment, we are able to lend you, for example:

Do you want to meet our technology face to face? Let’s hear from you!
We would be more than happy to show you the products, and have an obligation-free conversation about solutions that would suit your particular needs.

Who can help you with IT? 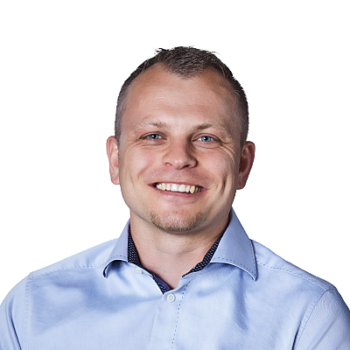 Servers and storage
Find out more
+